This CBC article cites studies by cognitive researchers at the University of Edinburgh and York University who demonstrate that learning a second language helps to improve brain function and preserve it at all ages. Bilingual speakers are shown to perform executive functions such as attention and selection at a higher level than unilingualists, because in learning new languages they are training their brain to distinguish between multiple modes of communication.

Learning a 2nd language pays off for more than communication

Learning a second language benefits the brain in ways that can pay off later in life, suggests a deepening field of research that specializes in the relationship between bilingualism and cognition.

Mounting evidence suggests that learning more than one language benefits the aging brain. 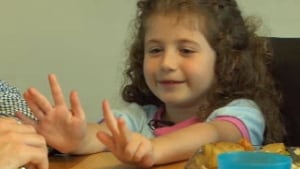 Ori Mazor, 6, counts in English, French and Hebrew at home. Her parents want her to learn the languages for cultural and cognitive benefits. (CBC)

In one large Scottish test, researchers discovered archival data on 835 native speakers of English who were born in Edinburgh in 1936. The participants had been given an intelligence test at age 11 as part of standard British educational policy and many were retested in their early 70s.

Those who spoke two or more languages had significantly better cognitive abilities on certain tasks compared with what would be expected from their IQ test scores at age 11, Dr. Thomas Bak of the Centre for Cognitive Aging and Cognitive Epidemiology at the University of Edinburgh reported in the journal Annals of Neurology.

“Our results suggest a protective effect of bilingualism against age-related cognitive decline,” independently of IQ, Bak and his co-authors concluded.

Roots of bilingualism research in Canada

It was a watershed study in 1962 by Elizabeth Peal and Wallace Lambert at McGill University in Montreal that turned conventional thinking on bilingualism on its head and set the rationale for French immersion in Canada.

Psychologists at York University in Toronto have also been studying the effect of bilingualism on the brain across the lifespan, including dementia. They’ve learned how people who speak a second language outperform those with just one on tasks that tap executive function such as attention, selection and inhibition. Those are the high-level cognitive processes we use to multitask as we drive on the highway and juggle remembering the exit and monitoring our speed without getting distracted by billboards.

For the brain, the combination of those tasks is complex and taxes the energy resources, said Ellen Bialystok, who runs a cognitive research lab at York. She first observed how bilingual children perform better in the 1980s.

“What a bilingual always has to do is draw attention to the right language, and keep that other active language out of the way. Now the system that selects, inhibits, and switches is the executive function system. That means that every time a bilingual opens their mouth, they’re using their executive function system. It’s getting practised, it’s getting fortified, and it’s becoming more efficient,” Bialystok said. 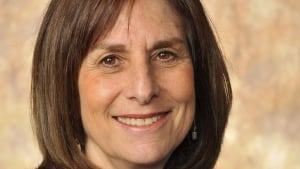 Aside from the social and cultural benefits of bilingualism, there’s also a payoff later in life as memory begins to fail in everyone. Those who are bilingual build up networks in the brain’s frontal system. Located behind the forehead, the system is the last to develop in childhood and the first to decline in the final stage of our lives, Bialystok said.

While bilingualism has more benefits the earlier and more intensely it’s practised, it is never too late to learn, a finding borne out in the Scottish study. Bilingualism is good for the brain and it’s the cheapest way to build it up, she said.

The Mazor family of Montreal sees the benefits of bilingualism across three generations.

“Kids’ brains are like a sponge,” said father Ben Mazor, who speaks English, French and Hebrew. “They absorb everything and it comes to them so easy while they’re young. So why not give them the privilege of learning another language that might as well benefit them in the future.”

Mother Natalie Mazor, who also speaks Arabic, said she’s not concerned that her daughter Ori, 6, and sons Azi, 4, and Tal, 2, will be confused by the constant switches in language at home. All three children understand Hebrew, but will sometimes answer in English.

“It’s just the dynamics of our home and it’s the way that we’re brought up. It’s very important for their future,” she said.
With files from CBC’s Marijka Hurko